Main objective : Participate in the development of the Makoa refuge that heals and releases wild animals

Provide animal residents with living conditions close to their natural environment, giving them the best chances to be released back into the wild.

Located 18 km from Kilimanjaro, in the Arusha region of Northern Tanzania, lies a 70ha haven of peace: the Makoa farm. This refuge was created by two veterinarians from Germany, Elisabeth and Laszlo. They originally came on vacation 20 years ago, but decided to stay and live there, acquiring the 70ha of land to welcome abused, injured or illegally detained animals. They are take into the shelter and looked after until they are healed and released back into nature. The shelter is home to a wide variety of species, 50 of which have already been released, including monkeys and birds. They are currently in charge of twety wild animals, such as Jack the cheetah and Matze the baboon.

Elisabeth and Laszlo live in the heart of their sanctuary, in a very large house that also welcomes trainees and consultants that are invited there to work with them for few months a year, like Barbara, an Austrian animal behaviorist that specializes in the construction and the development of enclosures. Their presence allows the animals to be looked after and rehabilitated back into their natural environment.

The Makoa farm is ideal for accomodating boarders, our 2 vets and a competent team, on site 24/7.
70 ha of wild land and a wonderful diversity of habitats !

The two veterinarians currently welcome all animals in distress, from wild pigs to dangerous cheetahs! They also have many horses and a herd of cows that have taken a liking an abandoned baby buffalo.

The 70ha of wild land offer a variety of diverse landscapes and extraordinary possibilities : a field for cattle and horses, a forest with a spectacular tree: a wonderful playground for rescued primates from the refuge. Two savannas, one for carnivores, the other for herbivores, and another space of several hectares near the river, exclusively fo birds. Despite a strong potential, a lack of financial means these spaces are unfortunately not used to their full potential. 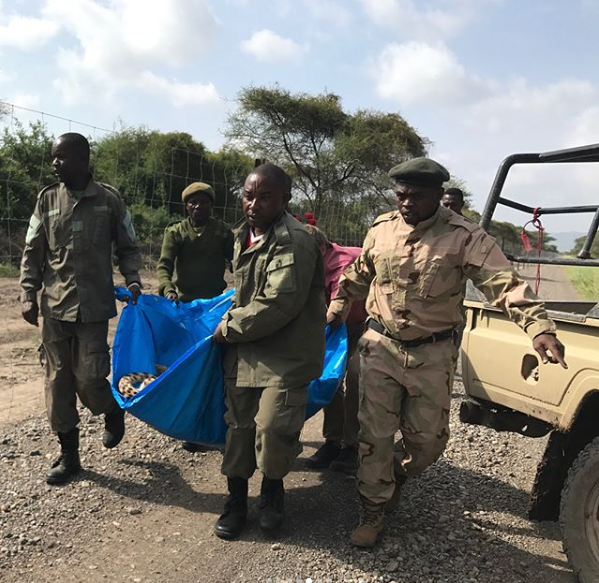 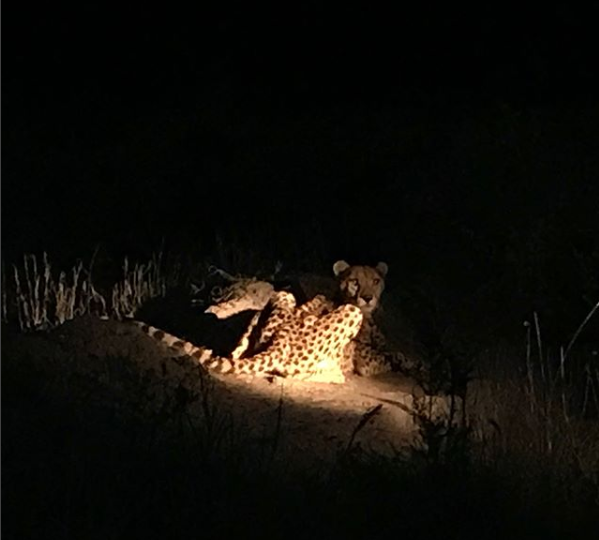 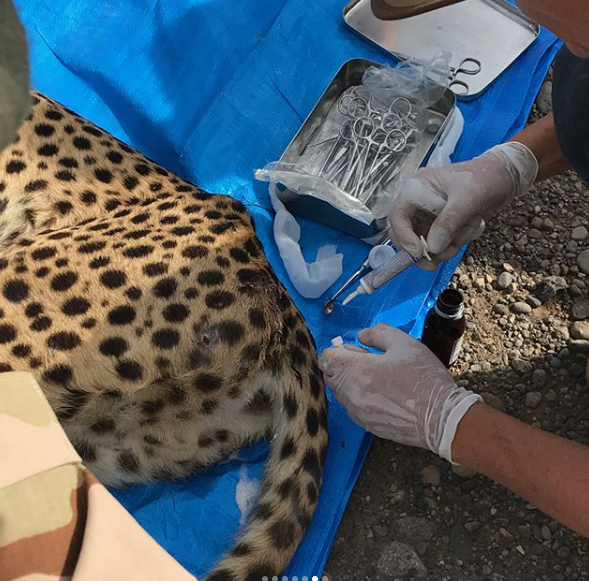 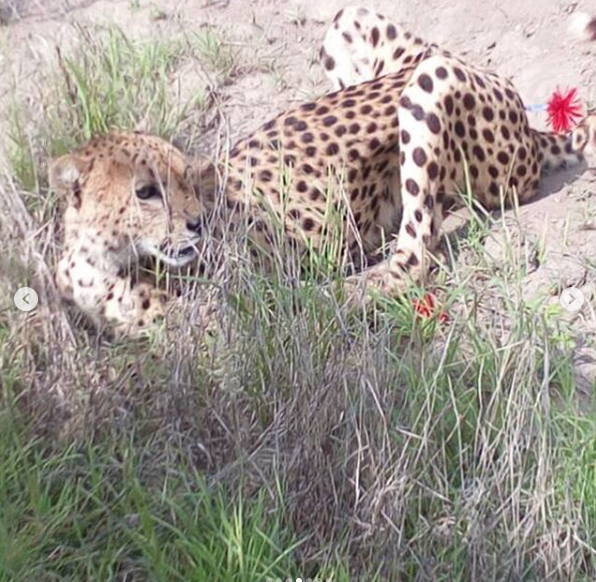 Ideally, when they reach a mature age, or their health allows them to, Elizabeth and Laszlo release animals back into the wild, in an appropriate environment adapted to the animal’s needs. Animals are released only when they are sure that it has a real chance to survive in the wild. If this is not possible (because the animal is too used to humans, has never learned to hunt, or can not cope physically), he will remain at the sanctuary in a large enclosure and live a peaceful life.

As for domestic animals, mainly abandoned or injured dogs and cats, they are sent to adapted shelters in Germany and abroad where they can live happily for the rest of their lives.

HISA TAKE A STAND FOR MAKOA

Jessica Decap, “our special correspondent” went on a recognition mission at the Makoa sanctuary, at the beginning of 2018. The sanctuary maintains close relationships with our partner Every Living Thing and shares the same values of respect for living beings and their rescue.

In February 2019, thanks to the financial support of LUSH and its Charity Pot, we started the construction of spacious aviary of 80m² and a height of 12m (as shown opposite), at the sanctuary. The exceptional dimensions of this aviary have been chosen in order to provide a maximum of space for the birds to fully fly again. The aim of these dimensions is to improve the musculature and the ability to fly for some birds who have suffered from heavy traumas, before their possible reintroduction into the wild. The construction of this aviary was finished at the end of April 2019 and allowed to welcome a young injured crowned eagle (Stephanoaetus coronatus) in May 2019 (see photos opposite). This eagle will stay at the refuge another year until it reaches maturity, and until it recovers the physical conditions necessary for its reintroduction. After its release, the aviary will be able to welcome many other birds from poaching, captivity, mistreated or found injured in the wild.

Meanwhile, we are still looking for funding to build new enclosures and increase the numbers of animals the sanctuary could welcome. 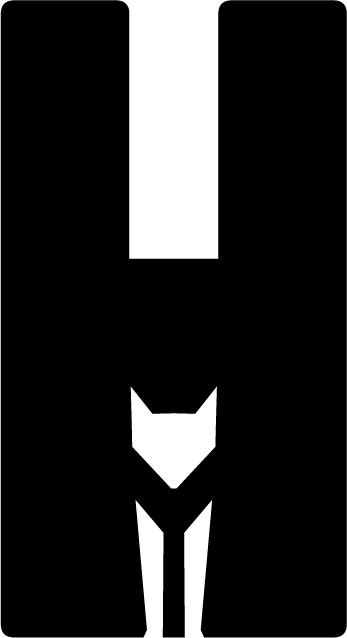 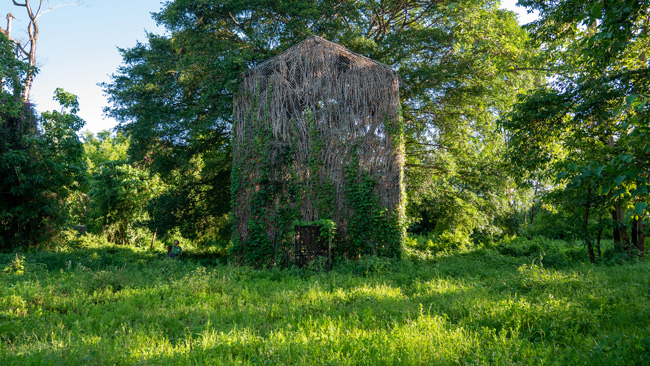 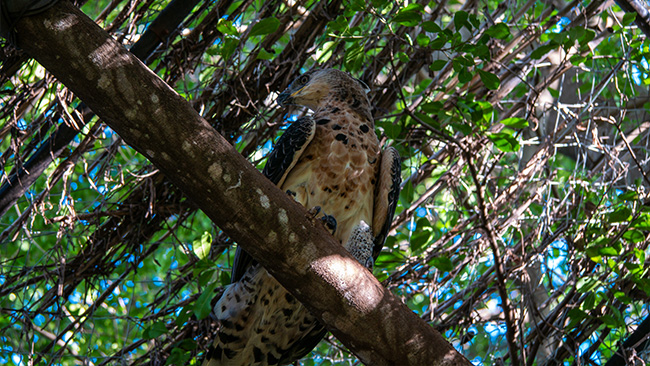 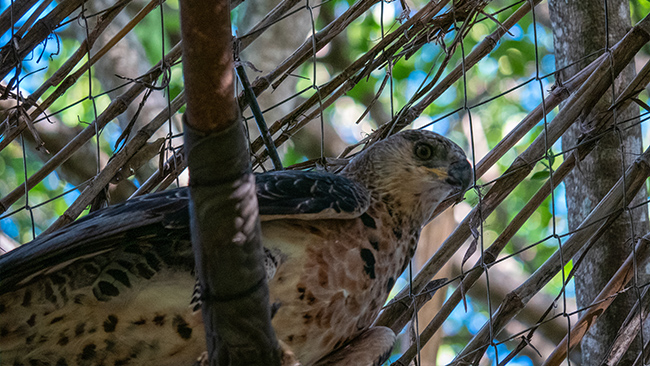 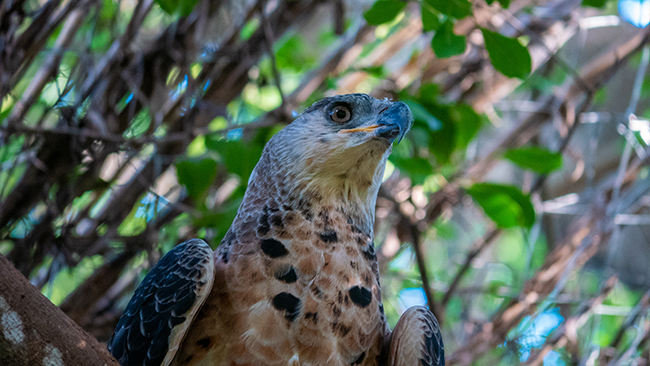 The residents of makoa

About twenty residents are already roaming in the large spaces of the MAKOA refuge. Some of them, who have suffered from heavy trauma, receive medical cares and a strict rehabilitation program according to the needs of each species, necessary to their reintroduction into the wild.

It is the case especially for :

– Furaha, the rangers have found this young zebra with his dead mother, when he ways only a few days old, still attached to his udder drinking… The west region of Kilimandjaro, where he comes from, had very little rain this year and was therefore very dry. Fortunately, he was found and taken to Makoa last september.

– Burigi, a male baby elephant, arrived in July 2019, when he was about 1 week old, the umbilical cord still attached. He was found alone at the border of the new national park of Burigi-Chato, at the border with Rwanda. TANAPA (Tanzania National Parks) quickly decided to save him and transport him by plane. To do so, they called the team of Kilimanjaro Animal C.R.E.W., our partner, to provide the first aid and let them take Burigi to the Makoa refuge.

– Savannah, arrived at Makoa after being rescued from a hole in which she was trapped for several days. The past few months have not always been easy, and the amazing team fought days and nights for her survival…The skin of her trunk and her mouth were severely damaged when trying to get out of this hole, and all of the infected injuries were painful, which prevented her from feeding properly. Today, her wounds are healed, she drinks well, enjoys going out for a walk and plays with her best friend Lerangwa. 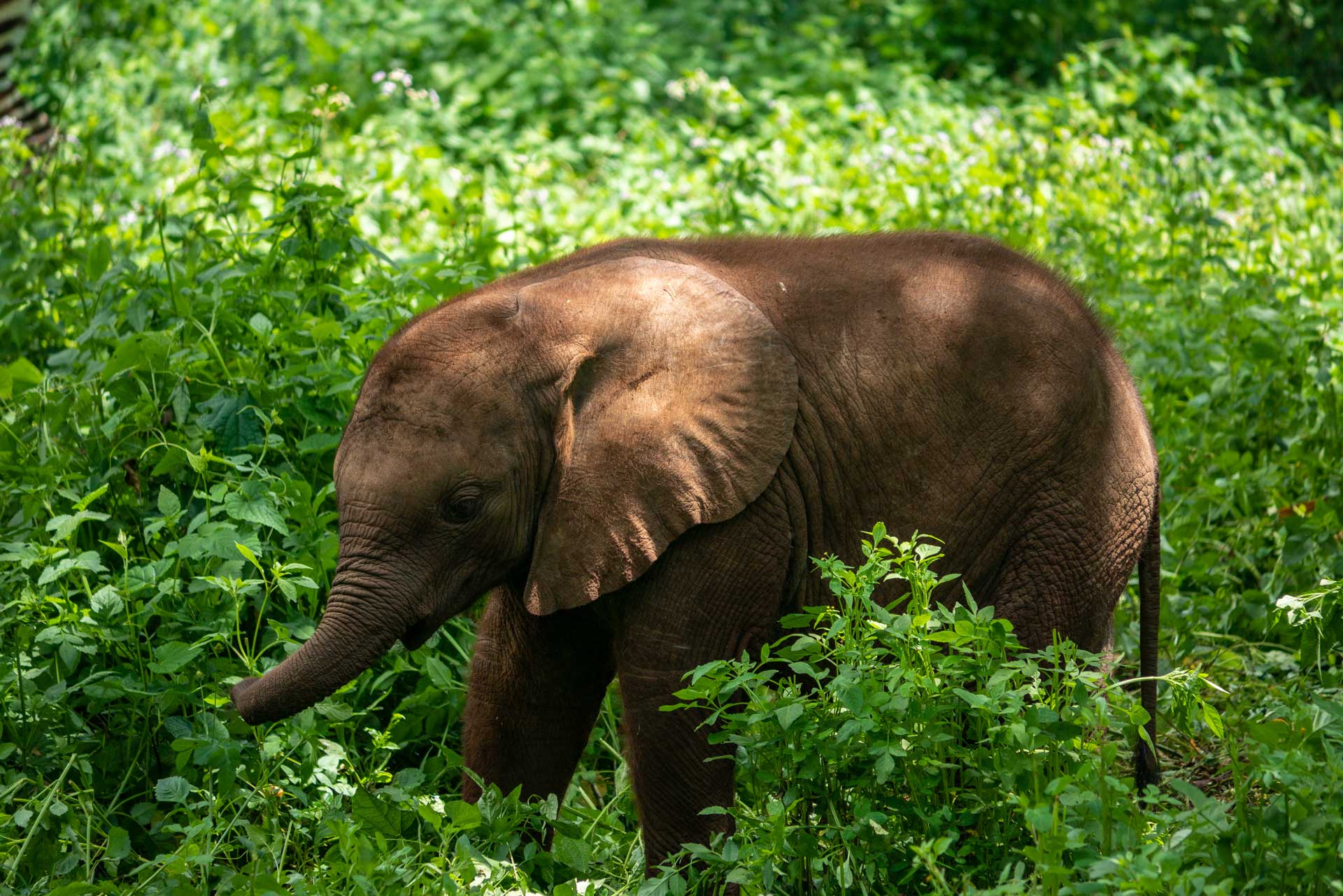 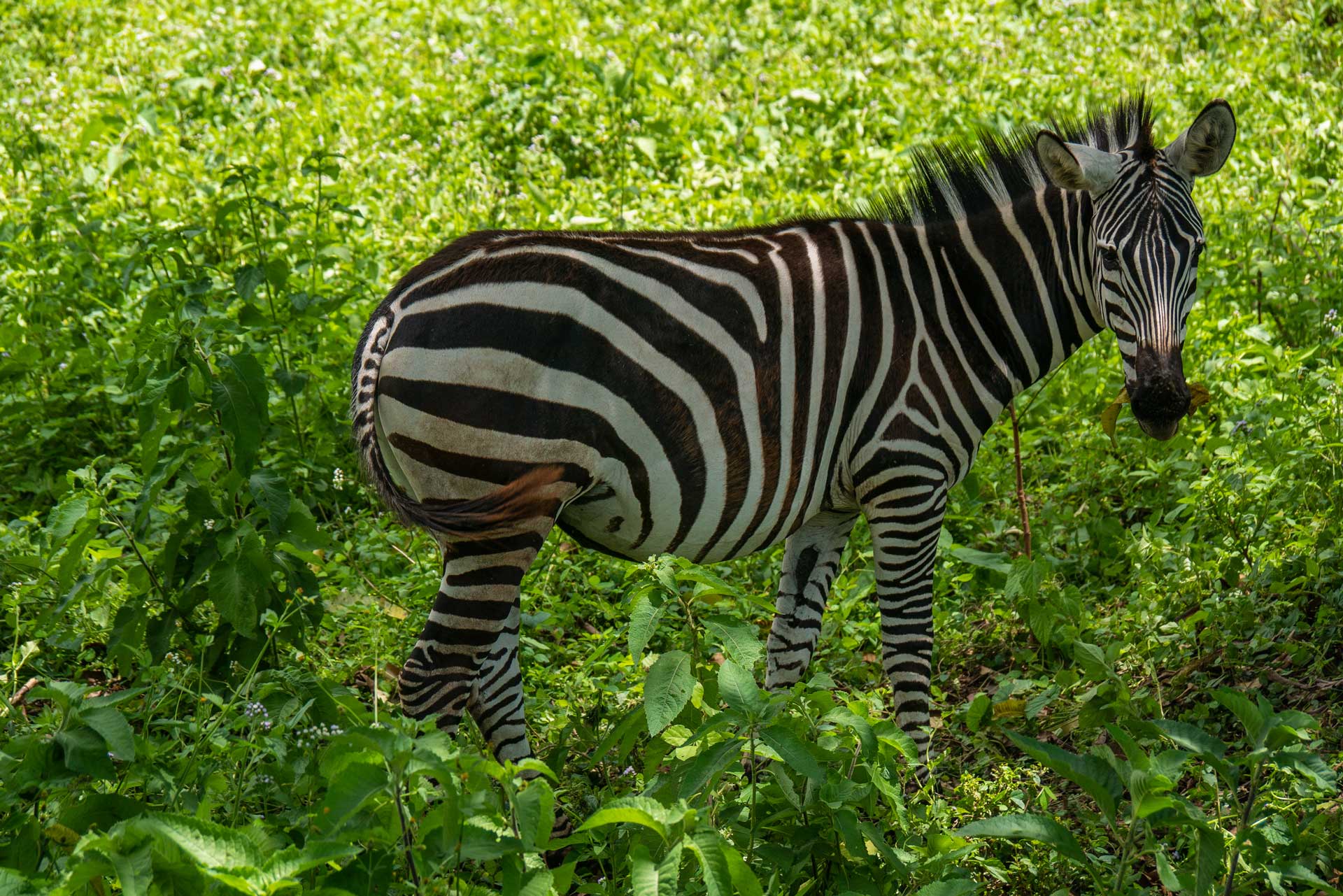 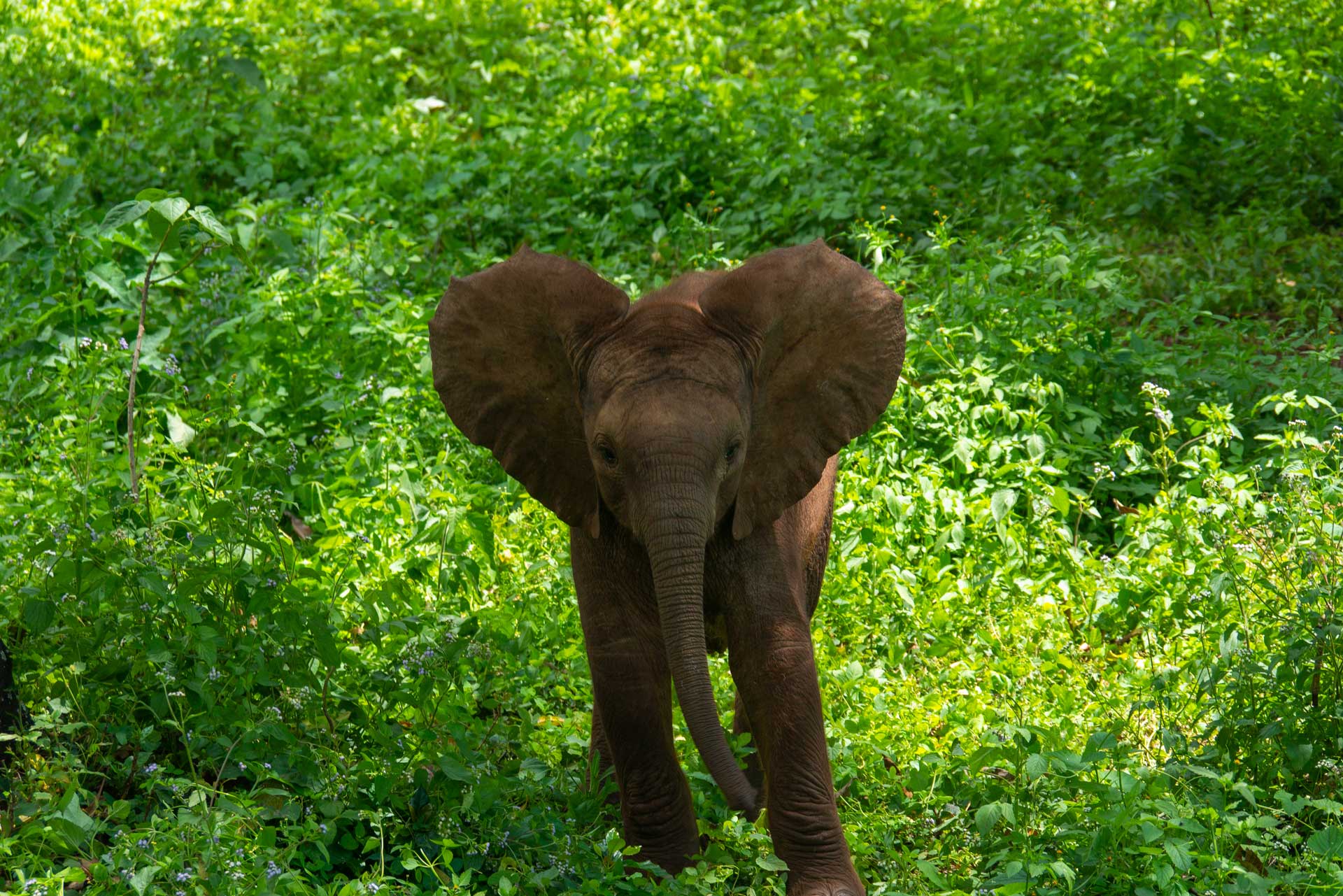 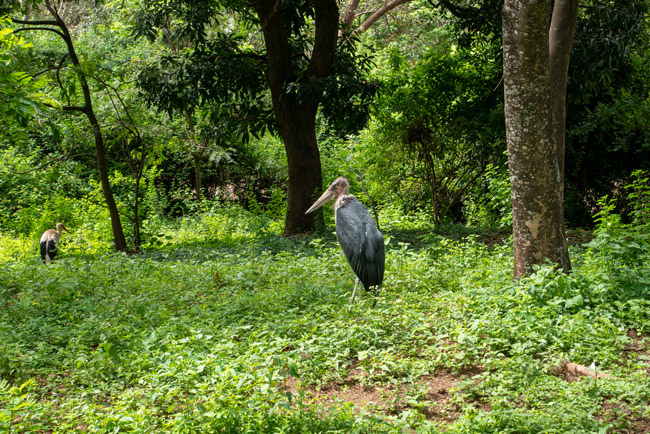 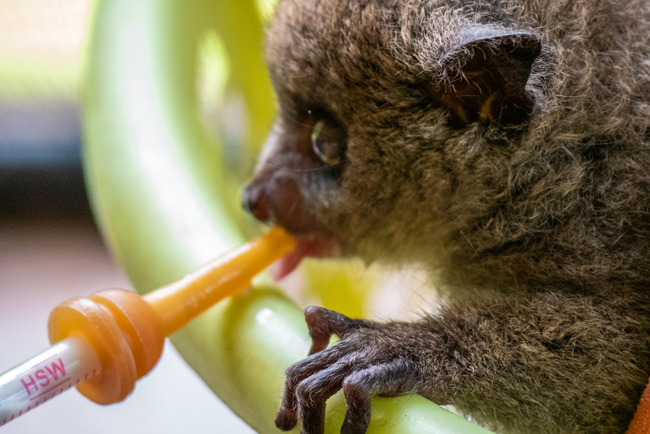 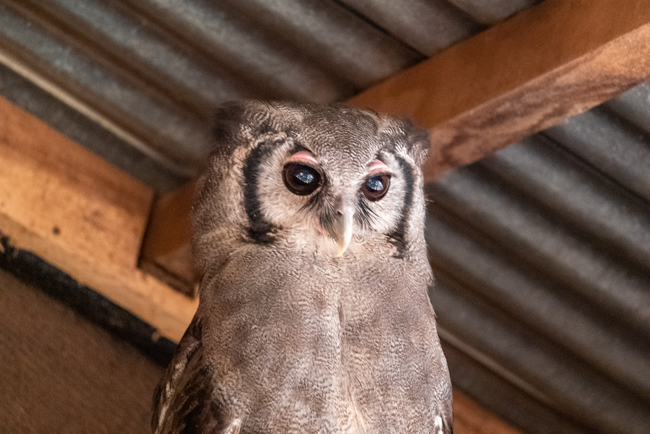 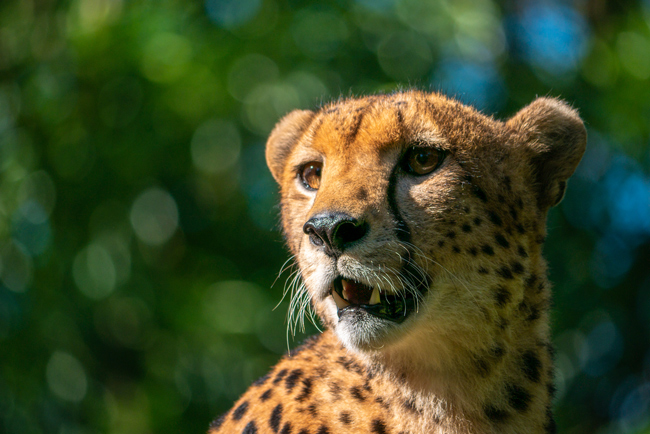