DAR ES SALAAM IS A MAIN HUB FOR THE ILLEGAL TRADE OF GRAY PARROTS.

The Tanzanian government is constantly rescuing gray parrots from the illegal trade, however they do not have the aviairies required to look after them. The rangers keep them in small cages, in unsanitary conditions, where they suffer from stress and malnutrition which evidently leads to them dying or sold.

Since 1975, over 3.5 million wild parrots have been caught illegally for commercial purposes.

Unfortunately, international trade is often used as a cover for illegal trafficking. Emblematic species, such as the gray parrot of Gabon are now endangered due to the fact that their natural habitat is constantly under threat. 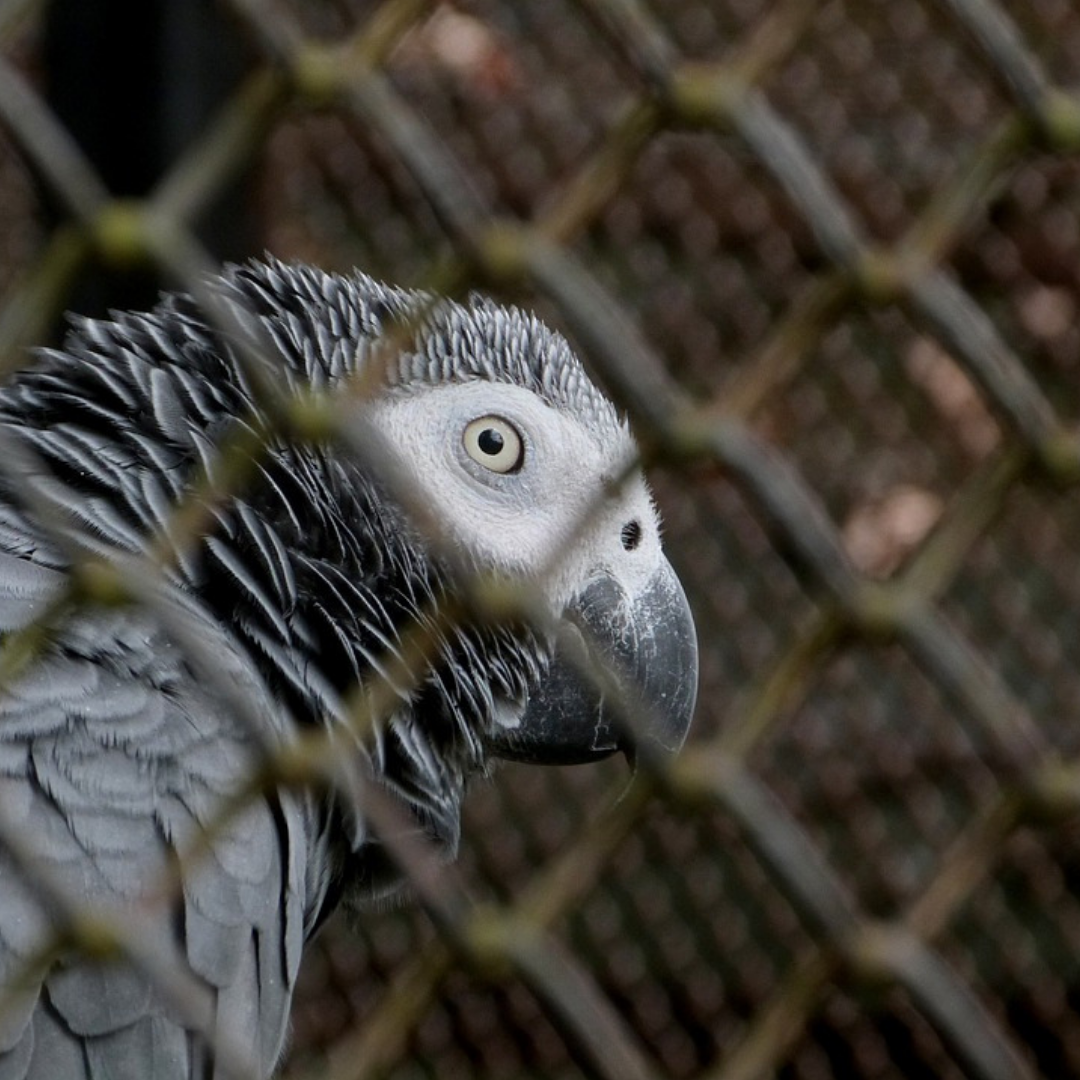 IN SOME PARTS OF THE AFRICAN CONTINENT, THE NUMBER OF GRAY PARROTS HAS REDUCED BY 99%.

Our main focus is to set up a rescue chain (construction of aviaries, quarantine facilities, clinics, etc.), in order to recover gray parrots from Africa that come from the illegal trade, to rehabilitate them back into the wild, in collaboration with two rescue centers EVERY LIVING THING and MAKOA, and release them later, if possible.

The construction of the first aviaries have already started at MAKOA (see photos and videos opposite) and EVERY LIVING THING!